Designed for any player from beginner to advanced, Babolat has taken the results of their extensive research with tennis players and used it to improve the newest version of the Babolat Pure Drive.  This racquet has been the star of Babolat since it was creation and it’s easy to why.

The Babolat Pure Drive has a highly responsive contact spot thanks to  addition of FSI Technology. In addition the contact spot is actually shifted slightly more towards the top of the racket based on feedback that Babolat got from players hitting with the previous version.

Hitting the Ball with the Babolat Pure Drive The most important aspect of any racket is how it feels on the court. Weighing in a medium weight of 11.3 ounces, this racket felt light yet strong in my hands as I stood on the baseline. As I got through my first few swings of warmup, the Babolat Pure Drive instantly took me by surprise.

While the head size of 100 inches was actually larger than I’m used to(I usually play with a 98 sq inch head size), I was controlling the placement of every tennis ball that I hit with uncanny accuracy. It was like I could just point to a location on the court and say “ Tennis Ball go there!”. And it would.

Babolat claims the Pure Drive is one of the easiest racquets to use that they produce. After playing with this racket for a couple of hours, I certainly believe them. It only took me a short half hour(!) to adjust to playing with the Pure Drive before I was slamming shots back over the net with ease.

The Babolat Pure Drive tennis racket particularly excels for people who like to play at the baseline and dictate the pace of play. For this reason, many professional tennis players in the ATP and WTA(Womens Tennis Association) prefer to use the Babolat Pure Drive for their tournaments.

As mentioned earlier, Babolat designed this racquet from the ground up to appeal to all types of players. To that end, the Babolat Pure Drive has an elliptic head shape which gives you the maximum head size and shape for control and power. The Babolat Pure Drive is 21mm thick at the top and bottom of the frame but 23mm thick in the middle. This also reduces the strain on your wrist when you play.

Featuring a head size of 100 sq inches, the Pure Drive has a perfect mix between control and power. As always, the larger the head size the more area you have to hit the ball with but that comes at the downside of control.

Personally, I prefer rackets around this head size because I think that controlling where your shot goes is more important than simply blasting the ball. On this tennis racket, the head size is perfectly suited to it’s style of play. The head of the racket gives you enough control to have your opponent racing from sideline to sideline chasing after the ball.

The Babolat Pure Drive clocks in at 11.2 ounces which is the perfect mix between a light enough weight to swing easily and still being heavy enough to hit the ball with some power.

The weight is distributed more towards the handle with a distribution of 4 points Head light. This allows players to easily maneuver the head of the racket so that they can easily hit balls from any angle.

With a 16×19 pattern, the Pure Drive has a relatively open string pattern. It also uses polyester strings which provide a somewhat muted feel to the player.

The Babolat Pure Drive also features frame string interaction technology. This means that this racket features a tighter pattern of strings in the sweet spot which gives the control over ball placement that this racket is known for.

The Pure Drive has a sister version called the Pure Drive Aero which is famously endorsed by Rafael Nadal who once ranked #1 in the world in Men’s singles and is currently ranked #6. Looking at the rackets side by side, they are remarkably similar but some differences do stand out. The main differences though appear on the court. The Aero Pure Drive is slightly more comfortable and features more flex when hitting the ball. At times, it is nice to get that feedback when initially contacting the ball. However, I found it tiring after an hour of playing.

The choice mainly depends on your personal preferences. The Aero Pure Drive is slightly lighter and meant to be a slightly faster overall racket which makes it a good choice for intermediate to advanced players.

In comparison, the Pure Drive can be used as a good all around racket by players of any skill level. In essence, if you’re looking to upgrade your game to the next level, choose the Babolat Aero Pure Drive.

One unique thing about this racquet is that it’s compatible with the famous Babolat Play system. If you haven’t heard about it, the Babolat Play is a sensor that is built into the handle of the racket to give you information and tips on how to improve your game.

While I didn’t get a chance to experiment with the Babolat Play system personally, you can read more about the Babolat Pure Drive Play Tennis Racquet (4-1/4)

and the multiple great reviews here. If you’re looking for an extra way to improve your game, it is definitely worth looking into.

Who Should Buy the Babolat Pure Drive 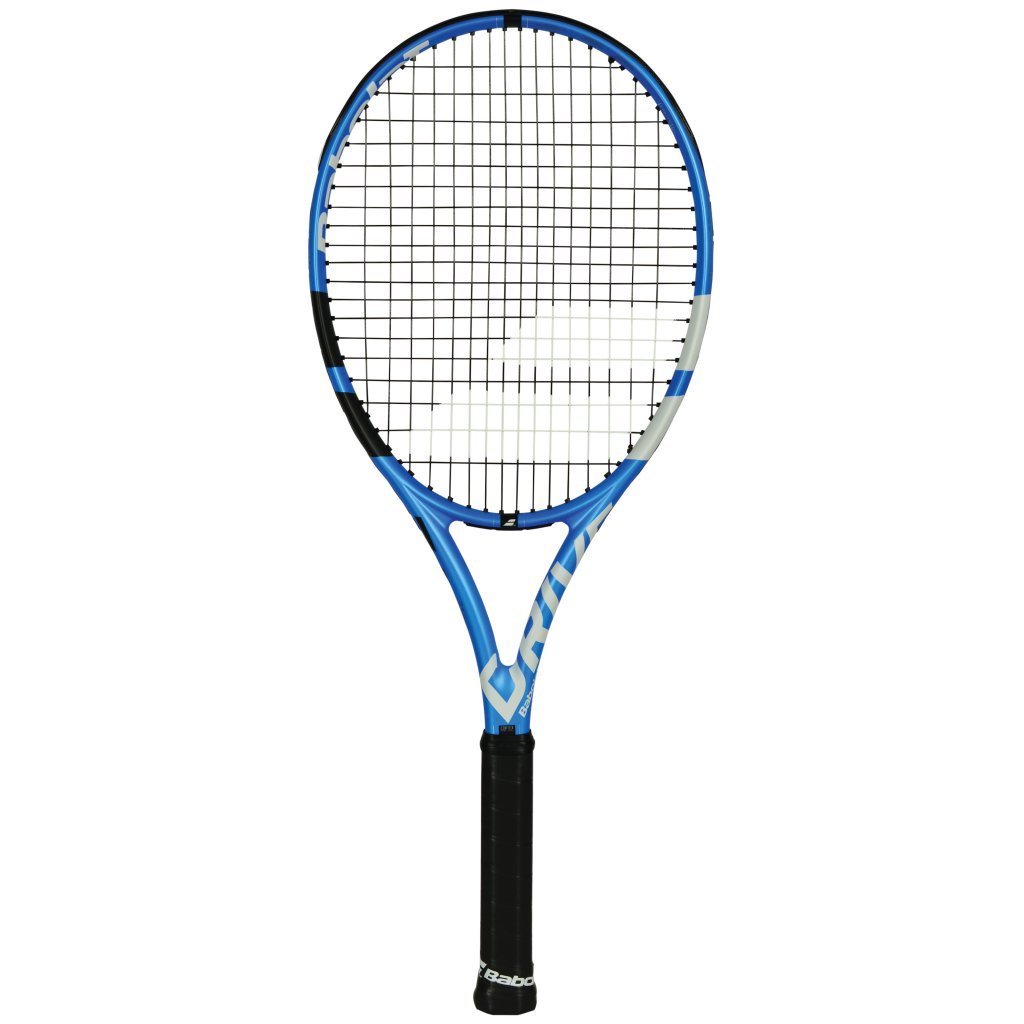 The Babolat Pure Drive tennis racket one of the Babolat’s most popular racquets and it’s not hard to see why. This racket has found a lot of use in pro tournaments especially from some big name players such as Andy Roddick and Kim Clijsters.

Don’t let that scare you off though! In my experience with the Pure Drive, I was impressed. While it can easily be a pro racket, it also shares a lot in common with rackets designed to improve your game.

It’s combination of weight, head size, and feel, will have you hitting tennis balls with amazing accuracy and allow you to keep your opponent running while you just stay back at the baseline.