Controlling the rally using powerful smashes and clears, preventing your opponent from regaining tempo in the match. If this sounds like the type of player that you are then the Victor K-9000 Thruster would be a suitable racket in promoting this type of aggressive play style. 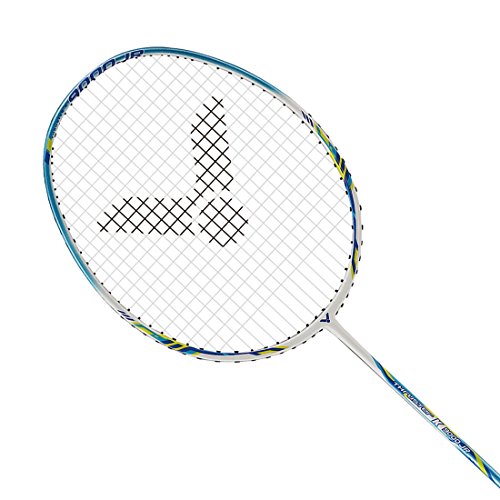 The K-9000 Thruster also features Victors patented catapult structure which allows power to reside in the frame of the racket for longer during a swing specifically for the purpose of generating more power in a smash. 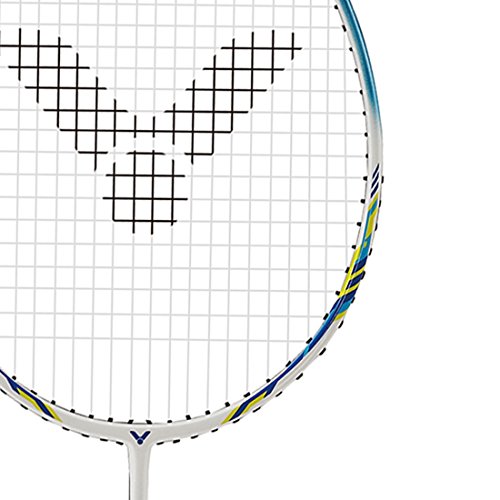 From when the racket is swung and the frame of the racket flexes, the catapult structure allows this energy to be stored for longer at the 2 orange points situated near the T-joint. On Victor’s website they suggest that this boosts a player’s smash by around 9.75%. While I can’t say for certain this 9.75% holds true for everyone, I have noticed that my smashes were definitely faster and crisper when trying this racket.

As stated before, this racket is meant for players that have an aggressive attacking playstyle. This is why the balance point of the K-9000 Thruster is set at head heavy, to promote a more natural flow for overhead shots such as clears and smashes.

The shaft is made of graphite and Nano-fortify technology which like the frame provide it with a very rigid structure. On top of this, the racket is tuned to have a stiff shaft to provide more control for the player at the expense of power. 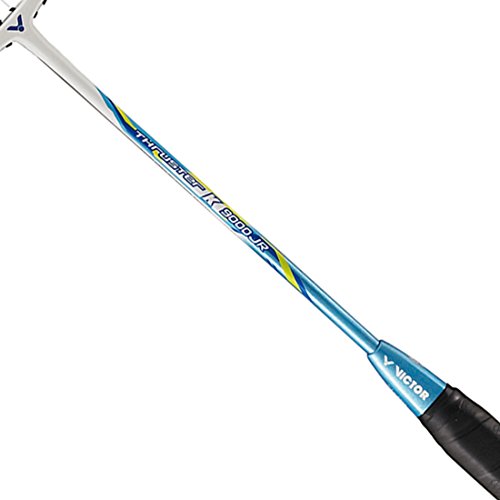 Players who have an overall strong overhead technique will not notice any loss in power and will come to enjoy the added control that comes with a stiff shaft, as they will notice their high power shots are landing closer to where they are aiming them. The stiffness of the K-9000 Thruster is comparable to the Yonex Voltric 80 and Z-Force II and lies somewhere in between them. 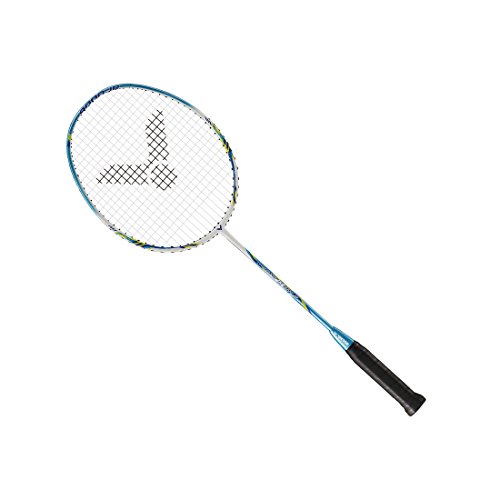 The K-9000 Thruster can clear nearly effortlessly at the backcourt and provides excellent power for smashes from the midcourt or backcourt. The forehand shots are very smooth with this racket which is commonplace for rackets that have head heavy balance. 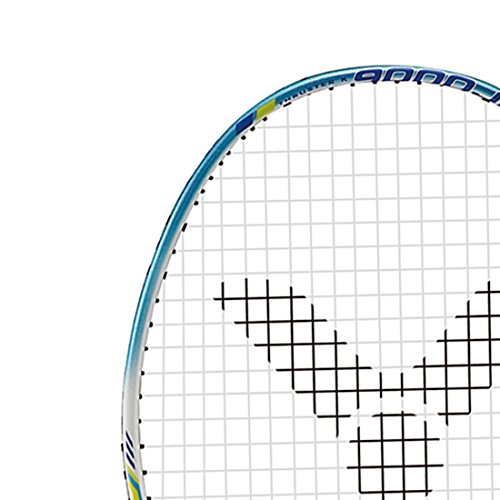 As an owner of the 3U version, the only downside I’ve noticed in the 1year+ I’ve had of owning this racket is that defense is somewhat slower than what I’m used to when blocking smashes. This is also due to the double –sided blade effect when using a head heavy racket, exchanging defensive ability for more powerful overhead shots.

This is why the best way to use the racket is through an attacking playstyle. Creating opening in your opponent’s defense by pulling them to the backcourt with clears and lifts and then finishing points with smashes that they cannot return.

For advanced players that enjoy heavier rackets, they should consider taking the 3U version because it can generate the maximum amount of power due to the increased weight and swing force.

Intermediate players would find the 4U version more suitable for them as the racket can produce very powerful shots but with a more forgiving defensive maneuverability due to its lower weight. The lower weight also means that the player doesn’t need to use as much energy to carry the racket all around the court during a rally.

However, even some advanced players will choose to go with the 4U mainly because of the ability to play the defensive game easier. As such, I will be recommending the 4U version over the 3U version because it is a better-rounded attacking racket.

This doesn’t mean that the 3U is by any means a racket too heavy for most players, for players looking for the absolute maximum power, the 3U is the choice for them. It should also be mentioned that the 3U may be more suited for singles players because control and shot placement are key aspects of the game that a 3U would help more with.

At the end of the day, it’s all up to player preference whether they want a slightly heavier racket for more power or slightly less weight for easier defense.

The K-9000 Thruster is an older high end Victor racket catered to attacking styled singles and doubles players. Since it’s an older racket, the availability and price may fluctuate a lot due to it not being manufactured anymore.

If this racket isn’t in stock, or at a price that’s convenient for you, I have a few other suggestions of rackets that are similar to the Victor K-9000 Thruster.