4 years later, it is still one of the most popular racquets for many singles and doubles players alike looking to increase smash speed. The racquet is so popular, that it has seen a lot of refreshes in colours, such as pink, white, and red, as well as various other special editions. 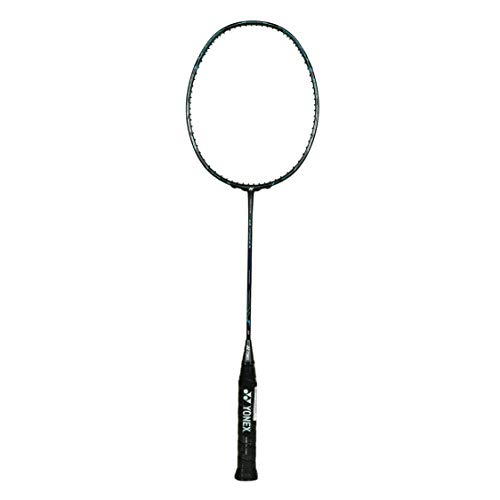 The Yonex Z Force 2 is one of the racquets that you will just want to smash with over and over again. If you’re looking for some of the best badminton rackets for smashing, the Z Force 2 belongs on the list. If you manage to get a clean shot, you will be rewarded with a very powerful smash that not many players will be able to return.

However, there is a tradeoff to the power gained. For you to be able to use the Z-Force II to its full potential, you will need the correct technique. The racquet requires a lot of strength to flex the shaft and if you are unable to do so, your smash may as well be a drop shot.

Another thing you sacrifice is the ability to make quick smashes or stick smashes. These involve using more of the wrist rather than the forearm and are generally less powerful but quicker.

Like above, the racquet is always a joy to use in the overhead department. The small head helps to cut through the air and the stiff shaft helps you feel the shuttle as you contact it for a drop shot. This creates a nice sensation, where the racquet contacts the shuttle and the head follows through on its own.

There are the same shortcomings as above. Since the racquets is balanced towards the head, the time required to load another swing is longer than with a lighter racquet.

While the Z Force II shines in the overhead, it lacks a bit in the net and defensive area, which I will get to later. Keeping this racquet up in doubles is very taxing on the body, and quick interceptions will require a more precise timing.

There is little room for error with this racquet in the net area due to the sluggish nature. With that being said, the small head and slim shaft help counter the head heavy balance, and once you get the timing down it can be quite deadly in the front.

Drives, defense and overall maneuverability with the racquet are quite a bit harder than with a more head light racquet. Without a strong arm, the racquet will move quite slow when responding to smashes, pump clears, and other shots.

The good part of having a head heavy racquet when defending is that you can deliver a more powerful return because of the head heavy follow through.

There will be less blow back when receiving offensive shots from your opponent. Most of the defensive problems lie with timing, and this is not a pick up and use racquet. It requires lots of practice.

I would not recommend this racquet to anyone except advanced players. There are other alternatives that would better suit the recreational player. If you are more of a singles player, you could look into the Victor Thruster K9900, which has similar specifications, but a more forgiving balance and flex.

If you enjoy doubles, the Yonex Astrox 88 Dominate will satisfy your requirements. This racquet has technology that allows for faster recovery time, perfect for a fast-paced doubles game. If you read my article, and still insist on getting a Z Force II, here are my recommended tips.