There is quite a big grey area between beginners and advanced players, that is known as the intermediate area. These intermediate level players should have all the basic shots down such as drop, smash, net, and many other shots.

What intermediate level players lack are game sense and consistency that pushes them into the next level.

at a glance: our top 5 badminton rackets for intermediate players

Intermediate players who are looking to compete should also begin choosing a discipline, whether it is singles, doubles or mixed. That’s what I’m here for, to show you the perfect racquet for your needs!

How to Choose Intermediate Badminton Rackets

The factors in choosing a racquet have not changed much from our original guide. You should still be looking for weight, grip size, balance and stiffness. However, as you have developed your technique from barely knowing how to swing to being able to hit full court, you may notice that some areas are stronger, while others are lacking.

It is up to you whether you want to choose a racquet that helps your weaknesses or promotes your strength.

In my top 5 racquets for intermediate players, I will be breaking it down into the following categories:

I believe these are the categories that most players will fall into at this stage in their badminton career.

Singles is generally dominated by a class of head heavy racquets regardless of which brand you choose to use. This is because weight in the head provides stability in your swing. Lighter balanced racquets help with maneuverability, which does not play as big a role in singles due to the naturally slower paced game played by two people rather than four.

The Z Strike is thought of to be a more forgiving Voltric Z Force II. It was the racquet used by World Champion Viktor Axelsen, who has since moved onto the Astrox 88 Skill.

The Z Strike excels in precision shots, thanks to its stiff shaft and slightly head heavy balance. In singles, placement is of greater importance than in doubles, where speed and agility dominates. While it may not be the hardest hitter, you will feel the accuracy that you gain while using this racquet.

A word of caution for this racquet, you may initially be thrown off by the smaller head shape and the two different frame sides that the Duora is known for, but if you get used to it, this racquet is very deadly on the court. 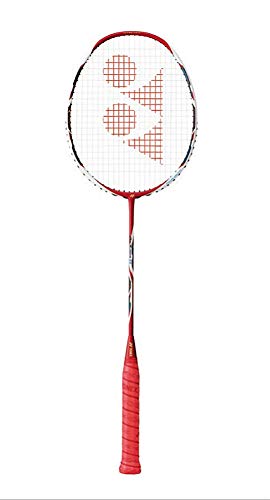 If you do not fit into any of the above categories, or you simply like playing every discipline in badminton, the Arcsaber 11 is the racquet that is meant for you. With an even balance and reasonably stiff shaft, this racquet is as all-round as it gets. It is a popular choice for men and women, singles or doubles players alike.

Because this racquet is such a middle ground, center of the spectrum racquet, it will not excel in any particular category. Each and every shot will play as well as your own ability, with no enhancement from the racquet itself. It is also a great starting point for players who wish to learn more about their own weaknesses or strengths.

For example, if your defense is lacking with the Arcsaber 11, you may want a slightly quicker frame such as the Bravesword 12.

The Duora 10 is the slightly lighter and easier to use sibling of the Duora Z Strike. The reason I chose it as the all round doubles racquet is due to the fact that it can deliver a solid smash from the back thanks to its box frame, while being light enough to comfortably defend using the aero frame on the backhand side.

The result is a racquet that is equally as strong in the front as it is in the back, making it suitable for men and women’s doubles players alike. It is favoured by many professional doubles players around the world, until the recently released Astrox 88 series was released.

As with the Z Strike, the two sided frames may throw off players who are unfamiliar with this technology. The Duora 10 comes in a multitude of colours and in recent years, is one of Yonex’s more popular racquets.

It provides a good balance of every aspect, speed, feeling and power. I personally used this racquet for quite a while, until I decided to specialize into a different role, which may happen a few times over your badminton career. 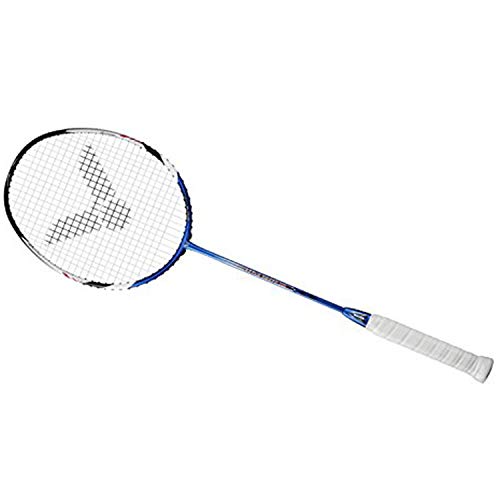 While I mentioned the Astrox 88 Skill as a great front court racquet, personally I believe the Bravesword 12 tops it in all aspects in the front court. The speed of the racquet, ease of use and general playability puts the Bravesword 12 as one of the most popular racquets in the world for recreational and professional players, even though it was released more than 6 years ago.

The Bravesword 12 is quite head light and fairly flexible, so the power generation from the back court will not be as good as other racquets, but it is possible to compensate for that using a heavier weight class of Bravesword 12, as it comes in 2U, 3U and 4U versions. 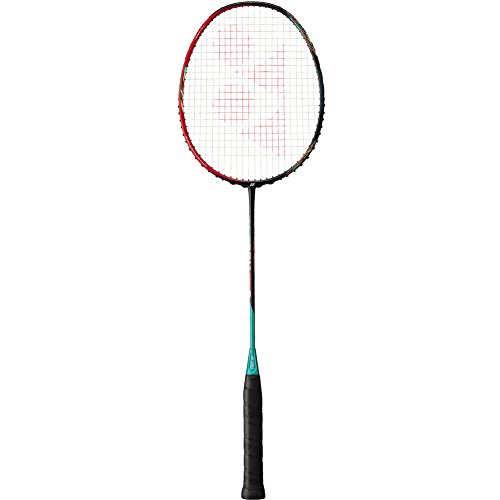 If you are a type of player who loves smashing from the back court, then the Astrox 88 Dominate is the racquet for you. Its head heavy balance allows you to thunder down smash after smash, while not sacrificing any speed due to the technology in the Astrox series.

If you are interested, you can read my full review of the Astrox 88 Dominate. While I recommend this racquet for the rear court, it is no slouch in the front court either. After all, it is meant to be a doubles racquet so it should be able to excel in all areas of the court.

There is also a sister racquet called the Astrox 88 Skill, which has better front court features.

At the end of the day, the racquets above are meant only as a guideline. Only you as a player will know what kind of racquet you prefer, whether you like it for looks, playability, brand or any other number of factors.

These racquet recommendations not only work in the intermediate phase, but are true end game racquets used by professional players. I believe the racquets in the $150-200 range are not much different than the lower end racquets recommended in my other article.