Be it skiing or snowboarding, squash or racquetball, swimming or tennis, the equipment manufacturing giant, Head, has its wings spread across all major sports.

An End to the Buyer’s Dilemma

Head’s entry into pickleball was quite unpredictable and the launch of 8 new best pickleball paddles was simply baffling at that time. However, the legendary sports equipment manufacturer has managed to confuse first-time buyers with its product branding.

For a first-time buyer, these names create confusion as they’re quite similar. Nonetheless, in this blog, we’ll simplify the process by breaking down the range. The Head Pickleball paddles come in two series:

Each of these series features four paddles – Tour, Pro, Pro L, Elite. Having said that, let’s simplify it even further with the help of a table.

Before we move onto the differences, let’s understand what’s similar between all the paddles.

All of the dimensions including the length and width are the same. Even the length of the grip and circumference is the same.

If you’re interested in pickleball grips, visit our guide here!

Right of the bat, the Extreme Series is bound to catch your eye owing to its unique design. And Head paddles certainly don’t come any better than the Extreme Tour as it’s the flagship paddle.

Its unique diamond design is not just for aesthetic appeal but it’s for a particular purpose – to hit excellent groundstrokes. If you like to control the proceedings, then the Extreme Tour is purely meant for you. If you love dink shots and groundstrokes, this is definitely the paddle you need. 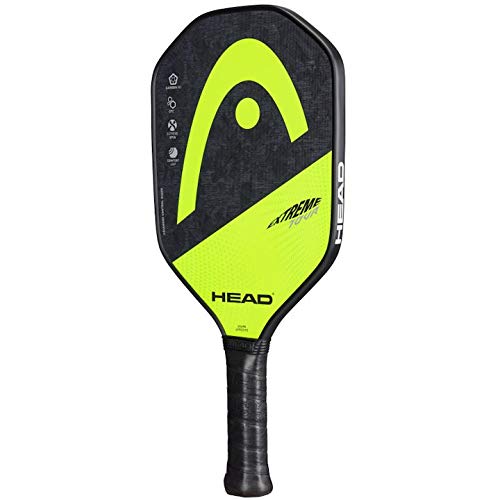 The most fascinating aspect about the Head Extreme Tour paddle is its single-piece construction. Thus, it offers maximum control and stability. With its lightweight construction, it’s easy to hold and even better to swing. Its graphite surface helps generate power whilst maintaining maximum control.

If there’s “Need For Speed” then Head Radical Tour is “Most Wanted”. If you prefer power and speed over control and composure then Radical Tour is your go-to option. The tour paddles are designed for advanced pickleball players.

Keeping that in mind, this paddle is simply a steal at its price given its polymer core and its graphite face. It’s ideal for players who are involved in quick exchanges and require quick reaction. 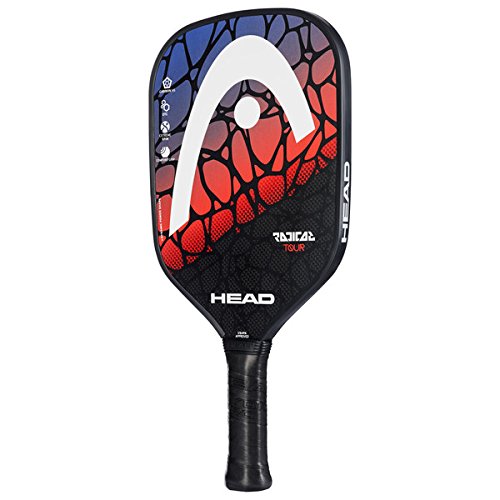 Owing to the exceptional carbon graphite surface, you won’t really hit your shots, you’ll simply FLASHHH them. The Head Radical Tour has a staggering response time and the moment the ball connects with the sweet spot, it’s ready to fly. The Radical Tour along with the Extreme Tour are the only two Head paddles which come with Graphite Face.

Backing the Radical Tour in this list is the Radical Pro. However, it’s more about the power with Radical Pro than speed. Instead of the diamond shape as seen in Extreme series, the Radical Pro boasts a Dynamic Power shape with the tapered edge which provides excellent control and power.

Each part of the paddle is designed keeping power in mind. It’s heavier in size compared to the graphite paddles and that has everything to do with the power generation. 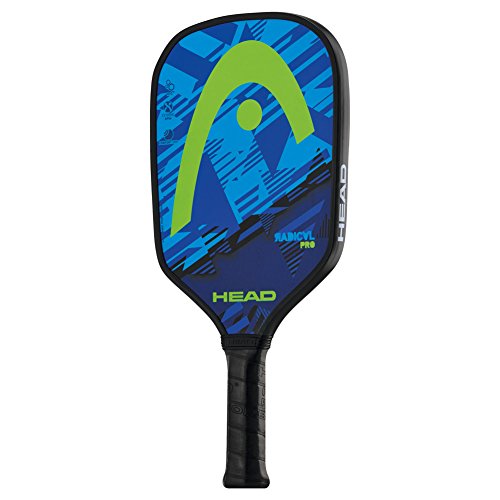 If you love deep and consistent serves with venom, then this is the right paddle for you. Even when returning, the Radical Pro produces a lot of spins.

This paddle is way thicker than the Extreme Pro. Thus, even if you find it difficult to generate power, this paddle can do most of the work for you. The five-inch grip size along with its heavy build helps unleash power and swing.

After witnessing three advanced paddles, here’s an entry-level option for players who love power. Featuring the same Dynamic Power shape as the Radical Pro and Tour, the Radical Elite is on the heavier scheme of things weighing around 8.1 oz.

It’s a beginner’s paddle and it doesn’t feature the Extreme Spin Technology. Still, for players who starting out, it’s a great option with power-packed features. With no fancy elements, entry-level players can focus on getting the basics right. 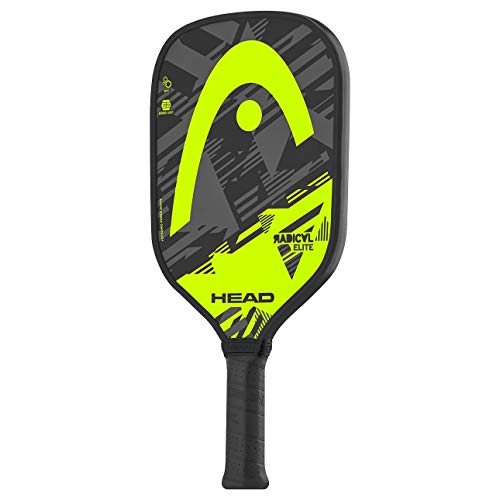 Boasting a sturdy paddle design, the Head Radical Elite doesn’t just look professional but delivers the goods as well. It’s amongst the most inexpensive paddles available in the market with nothing fancy but raw power. Another exciting element in this paddle is the Ergo grip which helps dampen the vibration. Thus, players just starting with their pickleball journey can feel less impact.

Yet another entry-level paddle, the Extreme Elite is perhaps the best option you’ve got in the $50-70 price range after the Radical Elite. If you’re just starting your pickleball journey, then this is a great paddle to start with.

Though it’s one of the most inexpensive paddles from Head, it still has a lot to offer to entry-level players. It offers decent pop owing to its fiberglass hitting surface and good control due to its polymer honeycomb core. 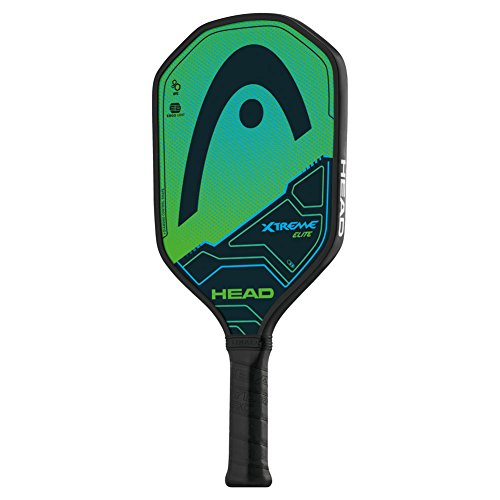 As specified, it’s great a paddle if you’re below 3 caliber. Weighing at 7.8oz, it still falls on the heavier side thereby making it capable of generating considerable power. Can’t really moan about an extremely affordable professional pickleball paddle under $60, can we?

The question might seem too complex but the answer isn’t. Consider the following factors:

I hope this comprehensive guide about Head pickleball paddles helped you get started with your journey. Remember, the first thing you need to consider before investing is your playing level.

Be sure to choose an appropriate paddle regardless of whether you’re a beginner or professional pickleball player.